Miles of oceanfront and Gulf front access await you in the Keys.
Recreational opportunities in the outdoors are the most important assets of the Keys.
The fishing and boating here is incredible-both in the Ocean and the back-country (the Gulf). There is something
to catch year round and our weather lets you do it. If you like the water, this is the place
Recreational Opportunities:
•  47 Marinas
•  13 Parks,
•  3 Golf Courses
•  10 Campgrounds and recreational vehicle parks
• 13 public Tennis Courts
• 18 Boat Ramps
• To see a complete list of parks and recreational opportunities see
• the sites below

Things to do outdoors:
• Fishing-saltwater, freshwater-Ocean, lakes and the Everglades
• Boating-Ocean, Gulf or Bay
• Diving
• Hiking
• Tennis
• Bike riding
• Birding
• Photography and Wildlife watching
• Kayaking—canoes-there are good rental locations and lots of places to launch.
• Air boating into the Everglades
• Windsurfing the flats

Florida's true wealth is based on its abundance of wildlife, diverse natural communities, and unique cultural heritage. The State Parks in the Florida Keys are each unique in their character and beauty.

Bahia Honda has a natural environment found nowhere else in the continental United States. In the park, you will find several biological communities: beach dune, coastal berm, mangrove forest, tropical hardwood hammock, and submerged marine habitats. These communities host many plant and animal species of the Caribbean including several rare and unusual plants. The bird life of Bahia Honda includes herons, roseate spoonbills, egrets, ospreys, pelicans, and terns. Unlike most of the Florida Keys, Bahia Honda has a beautiful sandy beach along both the Atlantic Ocean and Florida Bay. Snorkeling, swimming, fishing, camping (80 sites), six bayside cabins, and access to two boat ramps, make Bahia an outstanding recreational opportunity.

This park, at 2,304 acres, is one of largest hardwood hammocks in the United States. It is home to 84 protected species of plants and animals, including the American crocodile. Nature lovers, bird watchers, and photographers can explore over 6 miles of trails, most of which are paved and accessible to both bicycles and wheelchairs.

"Fort Zach", as the locals call it, was once surrounded by water and crucial to the defenses of the early United States. Today, historians, nature buffs, and beach-goers visit Key West's hometown state park. With its pleasant manmade beach for swimming and snorkeling and shady picnic areas, Fort Taylor continues to be a favorite.

This island was inhabited by Indians for several thousand years prior to the arrival of the Spanish. The wrecking and salvaging "industry" of the 1700s brought change and war to the mostly peaceful Indians. Jacob Housman bought the island in 1831, built a town, only to have it burned down in 1840 by the Seminoles during the Second Seminal War. A fascinating part of Florida's history and worth a visit if you have access to a boat.

Lignumvitae Key State Botanical Site - off Islamorada, mile marker 78.5, accessible only by private boat or charter boats available at nearby marinas. This 280-acre island supports many trees native to tropical forests such as mastic, gumbo limbo, Jamaica dogwood, poisonwood, and lignum vitae. 1-hour guided walks are given at 10:30 a.m., 1 p.m., and 2:30 p.m., Thursday through Monday. The park is closed on Tuesday and Wednesday.

The San Pedro was a 287-ton ship, part of the fleet of New Spain in 1733. Her remains were discovered in 1960 under 18 feet of water in Hawk Channel near Indian Key. The underwater site has been enhanced with seven replica cannons, an anchor and an information plaque. To prevent anchor damage, tie up to mooring buoys located at the site.

From Wikipedia, the free encyclopedia

Many visitors rent a bicycle and explore the history and architecture of Old Town Key West. Walking tours, including a tour of the unusual Key West Cemetery, are available. The Sunset Celebration at Mallory Square is a daily spectacle for visitors and residents. Boat excursions and tours provide a great way to view Key West from the water.
The Duval Street bar and restaurant district includes many different entertainment options, all within walking distance of each other.
The Studios of Key West, founded in 2006 and based at the island's historic Armory building, was established as a new model for an artist community. It comprises a dozen working studio spaces, a main exhibition hall, sculpture garden, and several adjoining residencies and cottages. Its programming continues to grow and includes an extensive series of creative workshops, free humanities lectures, cultural partnerships, and innovative ideas for artist and audience.
The Florida Keys Council of the Arts serves as the primary cultural umbrella for Monroe County, from Key Largo to Key West. A non-profit local arts agency, it makes grants, operates the Monroe County Art in Public Places program, sponsors seminars, and manages the online cultural calendar for the region. It also manages the County's Tourism Development Council arts marketing grants and serves as a leading advocate for cultural tourism in lower Florida.
The Tennessee Williams Theatre is a performing arts center, a civic center, and a community center. It is based at the Florida Keys Community College.
The Key West Literary Seminar, a celebration of writers and writing held each January, attracts an international audience to hear such writers as Ian McEwan, Margaret Atwood, Billy Collins, and Joyce Carol Oates.
The Key West Botanical Forest and Garden is an excellent, frost-free arboretum and botanical garden containing a number of "champion tree" specimens.
Nancy Forrester's Secret Garden is a one-acre (4,000 m²) garden resembling a lush, predominantly green, rainforest. It is an exhibit of wild nature’s artistry in a woodland garden.
The Key West Butterfly & Nature Conservatory features a 5,000 square foot (460 m²) glass-domed tropical butterfly habitat.
A permanent AIDS Memorial is at the White Street Pier.
The Mel Fisher Maritime Museum showcases gold, silver, and treasure recovered from shipwrecks around the world.
Some tourists mingle with the locals, shop, and dine at the Key West Historic Seaport at the Key West Bight.
The Key West Lighthouse and Keeper's Quarters Museum preserves the history of the Key West Lighthouse built in 1847.
Nobel Prize-winning author Ernest Hemingway's former home is now open to the public as a museum, populated by as many as sixty descendants of his famous polydactyl cats. [11]
PrideFest is seven days of events, presented by the Gay and Lesbian Community Center of Key West the first week in June. The schedule includes the Pride Follies talent extravaganza; contests to select a Mr., Ms. and Miss PrideFest; parties, a tea dance; and the PrideFest Parade down Duval Street.
In 1979 the Key West Tourist Development Association, Inc. started Fantasy Fest to attract tourists at the traditionally slow time at Halloween, which is at the end of the hurricane season. Fantasy Fest regularly attracts approximately 80,000 people to the island and has become a huge success.
In June 2006 the Key West Gay & Lesbian Museum & Archive opened at the Gay and Lesbian Community Center at 513 Truman St. Featured exhibits include a Tennessee Williams typewriter as well as an extensive collection of memorabilia and papers of Richard A. Heyman who was one of the first openly gay mayors before dying in 1994 of AIDS. 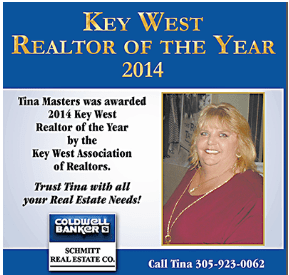